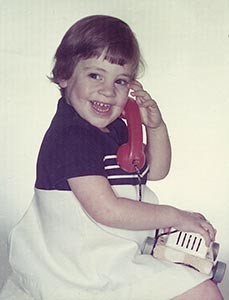 A refugee from New York, Debby Kotzen settled in the Windy City in 1992 to work in the Communications Department of the Internet division of PBS and to lose her NY accent. Upon realizing that opportunity was knocking elsewhere, and recognizing her inner ear for language and mellifluous voices, Debby found herself working at Cunningham-Escott-DiPene (CED) Talent Agency (now CESD) in charge of the voiceover department. When the SAG Commercials Contract strike in 2000 closed CED’s doors, a window flung open so hard it hit Debby on the head, causing her to realize it was time to strike out on her own and Naked Voices was born. In 2015, an on-camera department was added and the company name changed to NV Talent. Ms. Kotzen, who speaks Italian and Chinese take-out fluently, loves her Bedlington Terrier, Dashiell, and her adopted home of Chicago.

Mary Kay O’Connor is a Chicago native (and has the accent to prove it.) Graduating from Marquette University, Mary Kay majored in Broadcast and Electronic Communication and minored in Film Studies. We tell her that she was hired on as our fall intern because we were impressed with her work at her previous internship at DDB Chicago, but it was really because she climbed all 7 flights of stairs on the day of her interview when the elevator was out. We felt like we owed her that much.